Many love the unpredictability of the WTA Tour.

Others love to take a crack at its lack of consistency.

Either way it’s probably fair to say for 99% of the world’s top-100, anything can happen on any given day.

For Ash Barty however, this rule does not apply. People don’t seem to recognise the world #1’s crazy consistency…

Jessica Pegula is as basic a professional tennis player as they come.

She doesn’t have any huge weapons in her game but she is able to hurt her opponents with nifty changes in direction and consistency from the baseline. Last year, she finished #25 on service points won and return points won within the top-50 – she is as standard as a top player comes.

This was a pretty bad match-up for the American to say the least. Barty had many weapons at her disposal to hurt the all-rounder but so often she opted for the safest option – her backhand slice.

She was able to hurt Pegula by putting the slice anywhere on her side of the court. Literally all four corners.

(Keep in mind these slices were with the roof open when the balls tend to bounce a little higher.)

Barty’s slice is so unique to the tour, many players have no idea how to handle its bizarreness. More of the women on tour need to start practicing to play Barty specifically, if they don’t already (a male hitting partner would be a good idea as the amount of underspin Barty imparts on the slice is incredibly uncommon in the women’s game).

With Pegula underprepared, she was naturally sliced to shreds.

Adapting To The Conditions

It’ll be interesting to see what happens in Barty’s match against Madison Keys.

How the two players perform will be pretty dependent on the conditions but I don’t doubt she will give a full account of herself either way. She spoke about how the conditions affect the court in Oz.

“It’s a court that changes quite dramatically with the conditions, it can be really hot and bouncy when you’re outside and in the sun and sometimes at night, or if the roof is closed, it can become quite slow and dead. I think just being able to adapt to how the court is playing is a really important part of this.”

Barty is a totem of versatility, the reason she has won the two most dissimilar Slams.

I don’t think she’ll feel like she has to change anything up, though. It looks like the match will be played at night under cooler conditions. This is no guarantee the courts won’t be lively but it’s a pretty good indication at least that the longer the match goes on, the more the match will favour Barty, her slice becoming more and more lethal as the temperature drops.

Keys spoke about how difficult it is to deal with.

“The reason Ash’s slice is so good is because she’s able to hit it no matter how big the ball is that’s coming in. Which I think not a lot of other women in this era are able to do…. She does such a good job of resetting the point constantly and being able to get back to neutral off of a ball because you can’t do a ton of her slice because it comes in so low. So I think that’s obviously one of her weapons because then she can set it up to look for a forehand.”

(Keys pointed out how difficult it is to attack Barty’s backhand wing. The defensive capabilities of Barty are unreal because of this point-neutraliser – trying to break out of a slice-to-slice exchange will often result in a Barty forehand. Her defence is another aspect in which she’s underrated in my opinion.)

Barty’s played all of her matches during the day so far and she’s been able to adapt perfectly – and I think this shot is spearheading the way to easy victories for her. With her two final matches scheduled for the night and the slice likely to be even slicier, I have no doubt this insanely underrated weapon makes her the heavy favourite for the tournament.

Be afraid WTA and TT! Be very afraid… 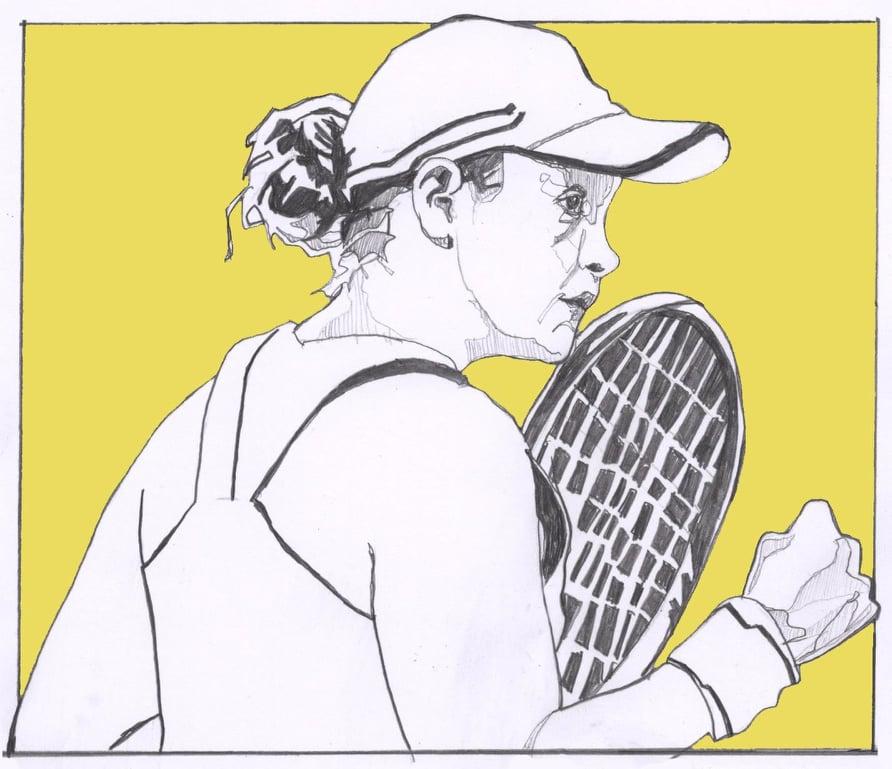